Sally is usually developing several screen projects at once and has written, directed and produced numerous screen and stage projects to date. She only develops, writes and directs her own work, due to having such a heavy focus on her acting career and therefore not being able to dedicate much time to other projects beyond her own as a result. 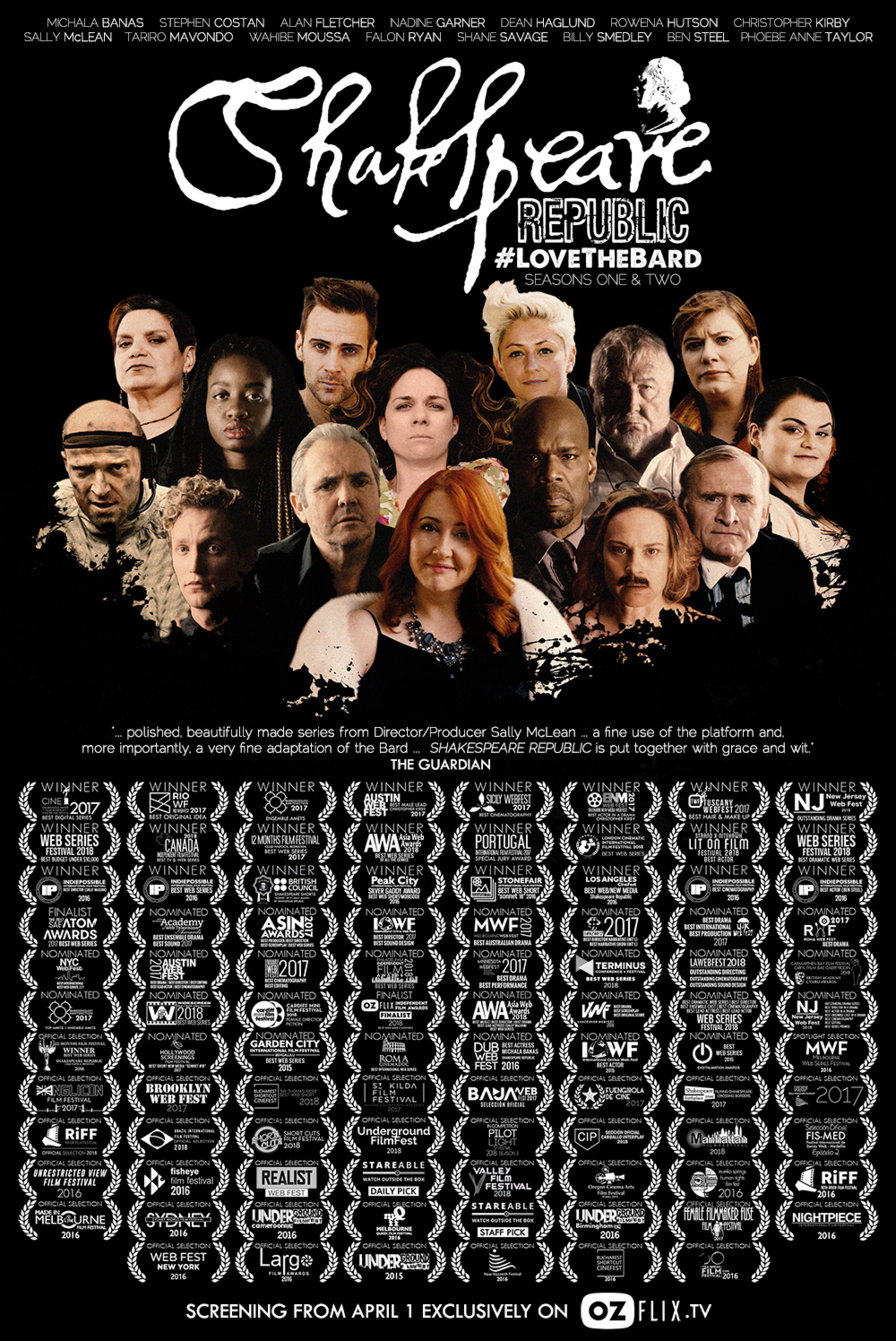 Shakespeare Republic is an internationally multi award-winning, female-led and culturally diverse anthology short form TV series currently in its second season that celebrates not just the world’s greatest playwright, but also his insightful understanding of the big issues of his time.

Using some of Shakespeare's most famous monologues and sonnets in modern settings, each episode of this critically acclaimed web series is a stand alone "snapshot" of a piece of current Australian life - be it social, political or emotional.  Created by Sally McLean with performances from Nadine Garner, Michala Banas, Alan Fletcher, Christopher Kirby, Dean Haglund, Ben Steel, Sally McLean, Rowena Hutson and Billy Smedley, among others - this is deliberately Shakespeare with a difference!

As well as being a part of the ensemble, Sally is also Creator of the project, which includes writing, producing and directing each episode of the series.

Winner of over 30 awards from around the world, with over 70 nominations and over 80 international film festivals, Shakespeare Republic is now moving into it's third season in 2020.

Here is some of what the critics had to say about the series:

"... Sally McLean has managed to put screen adaptations of Shakespeare back on the map ...”
REALIST WEBFEST, RUSSIA

“… (a) polished, beautifully made series from director/producer Sally McLean …
A fine use of the platform and, more importantly, a very fine adaptation of the Bard …
Shakespeare Republic is put together with grace and wit. An assortment of actors do terrific work
making the (non-dumbed down) dialogue accessible, prying it open with great care and skill.”
THE GUARDIAN, UK

"... a sophisticated twenty-first century series with its own particularly Australian flavour."
THE SHAKESPEARE BLOG, UK

“... magnificent interpretations of some of Shakepeare's most well known monologues and soliloquies filmed gorgeously in contemporary settings.”
THEATRE PEOPLE, USA

“... taking the world by storm, done in an inventive, captivating way ... the entire series is astonishingly smart.”
STAREABLE.COM, USA

“This is a wonderful series ... perfect to just dip in and out of whenever you feel the need to watch some Shakespeare. It is funny, emotional, and thought- provoking ...”
BOOKS BY THE WINDOW, UK 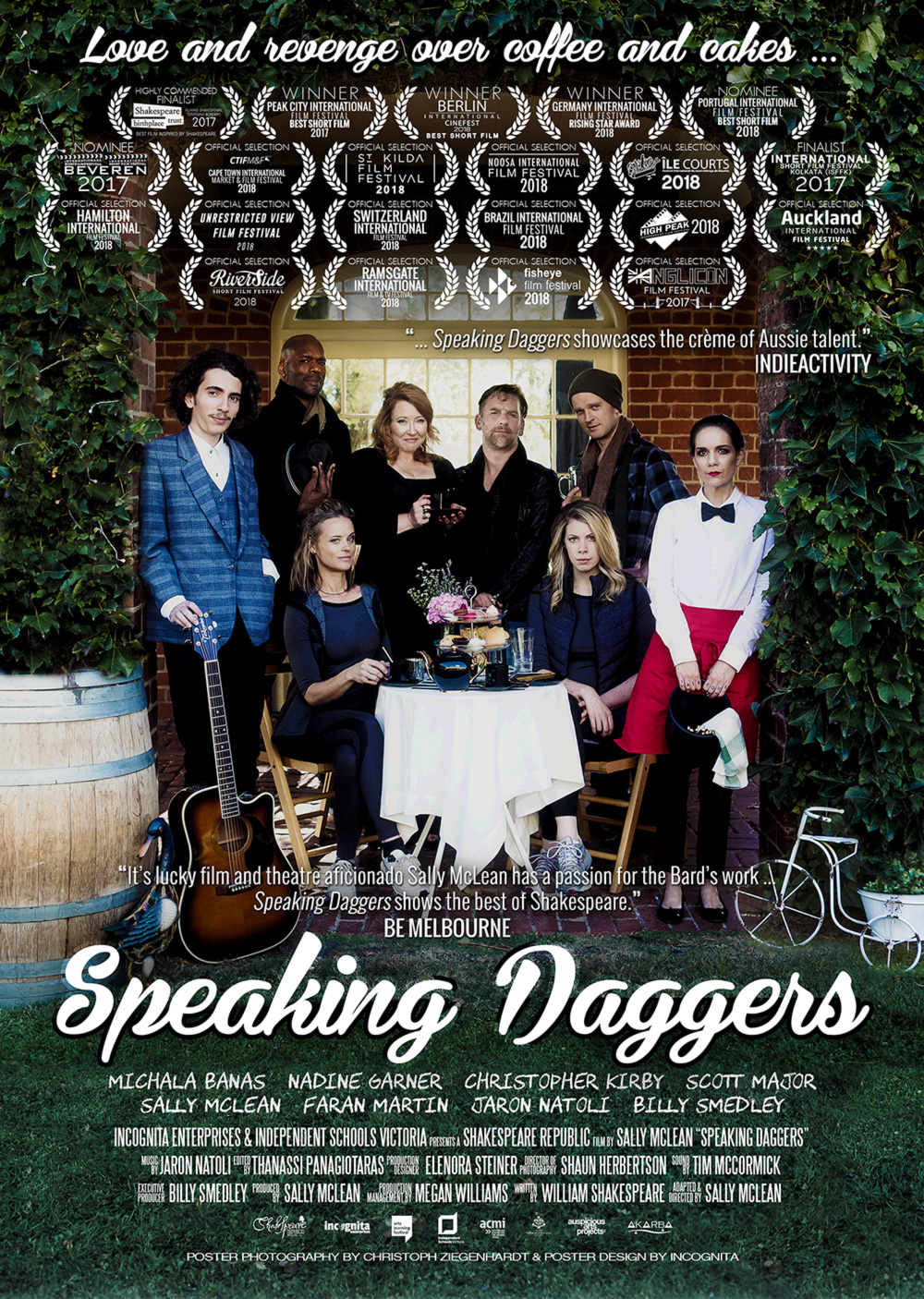 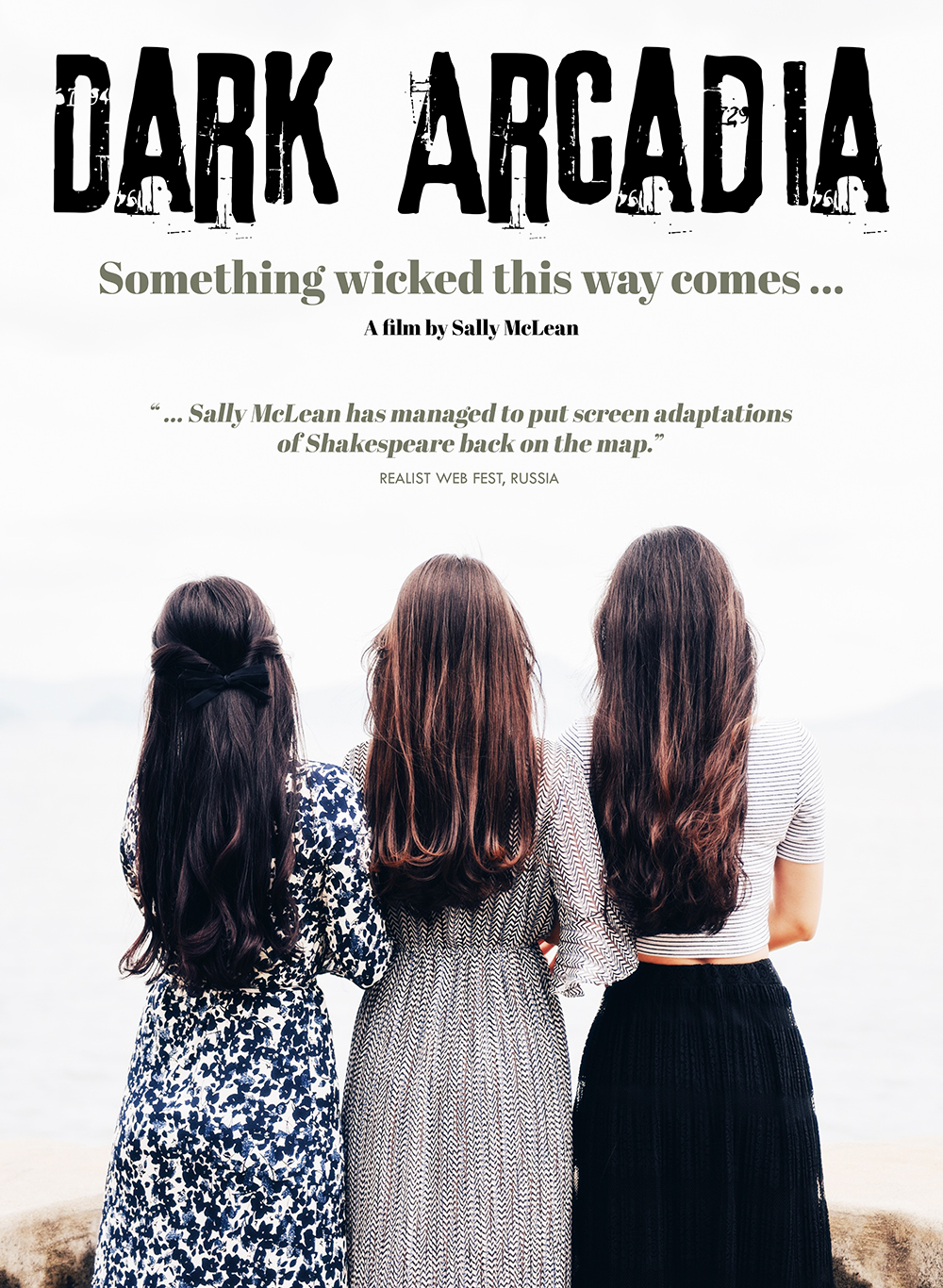 A story of relationships, the struggle for power and the #MeToo movement set within the world of rebelling teenagers and the adults charged with their care.

Dark Arcadia is the latest instalment in the universe of the internationally award-winning Australian web series Shakespeare Republic (over 30 awards, 70 nominations and 80 official selections in film festivals and industry awards around the world), and the follow-up project from the award-winning short film Speaking Daggers, commissioned by Independent Schools Victoria (Officially selected for 22 international film festivals, including the Academy Award accredited St Kilda Film Festival, and awarded “Highly Commended” Finalist at the 2017 SBT Shakespeare Film Festival, UK by Jury President Sir Kenneth Branagh and “Best Short Film” at the 2017 Peak City International Film Festival, USA, among others), helmed by critically acclaimed writer/director, Sally McLean, and featuring some of Australia’s favourite actors and a wide array of up-and-coming young talent about to take the world by storm.

CURRENTLY IN PRE-PRODUCTION TO FILM IN 2020 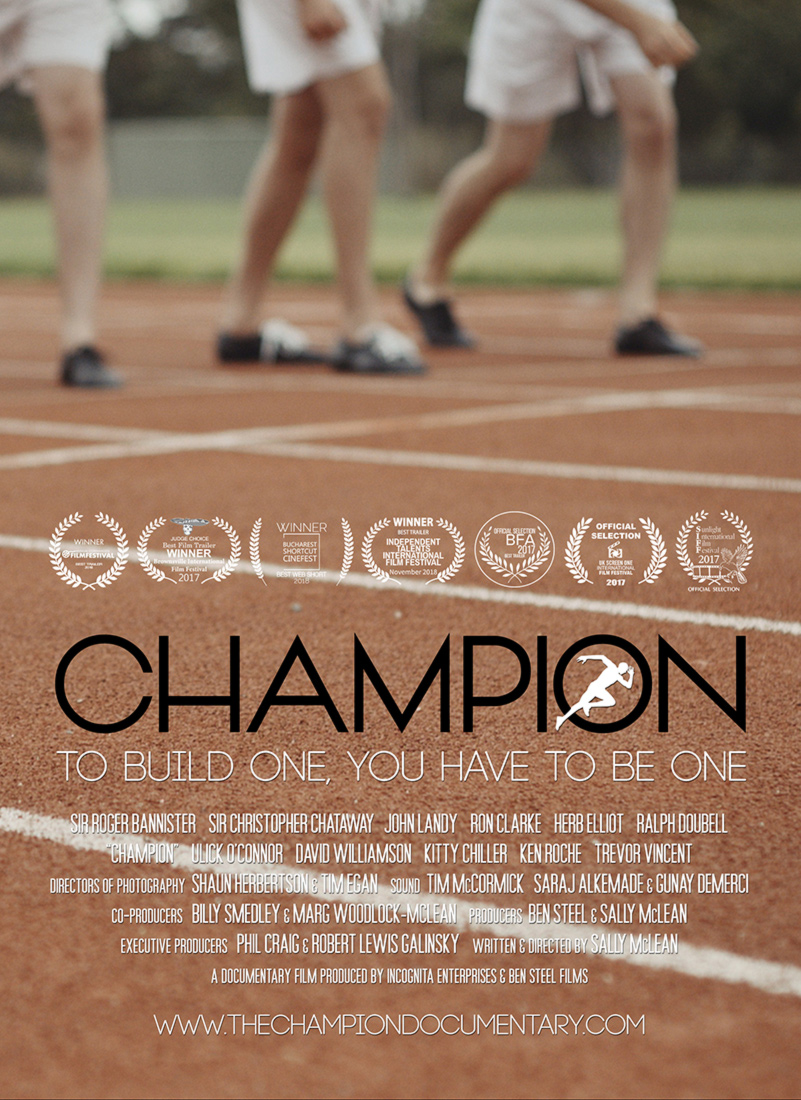 This is Sally's current documentary project, co-Produced with Ben Steel and Executive Produced by Phil Craig and Robert L. Galinsky.

This documentary shines a light on an unsung hero of the sporting and motivational arenas, inspiring others to strive for excellence in their own lives. The film promotes the pursuit of excellence in all things, the importance of the Arts for spiritual and emotional inspiration, the value of sport and fitness in our society at all levels, the important contribution that immigrants make to Australian culture and society, as well as fascinating personal insights into major historical events of the 20th Century.

“Franz’s philosophies transcend the sporting arena and can be applied to the pursuit of excellence in any field. In my opinion he is a truly inspirational figure and his story has universal appeal. I unreservedly wish to express my strong support of this project and the team involved. This is a story that must be told.”
– Ethan Hawke (Oscar®-nominated Actor, Writer & Director)

“I believe this film has the potential to be a fascinating, original and rewarding documentary, of interest to a wide audience. I have no hesitation in supporting Sally and her colleagues in this project.”
– Roly Keating (Former Controller BBC2 & BBC4)

“This is a story that must be captured now while several of Franz’s athletes are still alive. Otherwise it may be lost forever. I sincerely wish to express my strong support of this project and the team involved.”
– Daryl Lefever (Financial Controller & Film Producer, USA) 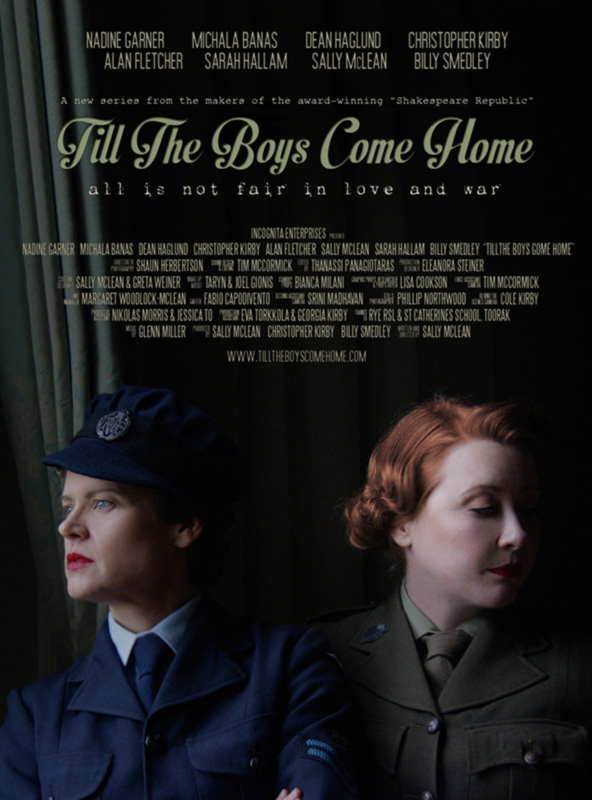 'Till The Boys Come Home is a tale from the Australian home front during WWII, exploring the stories of those who fought to keep the home fires burning presented as a series, currently in the final stages of development.