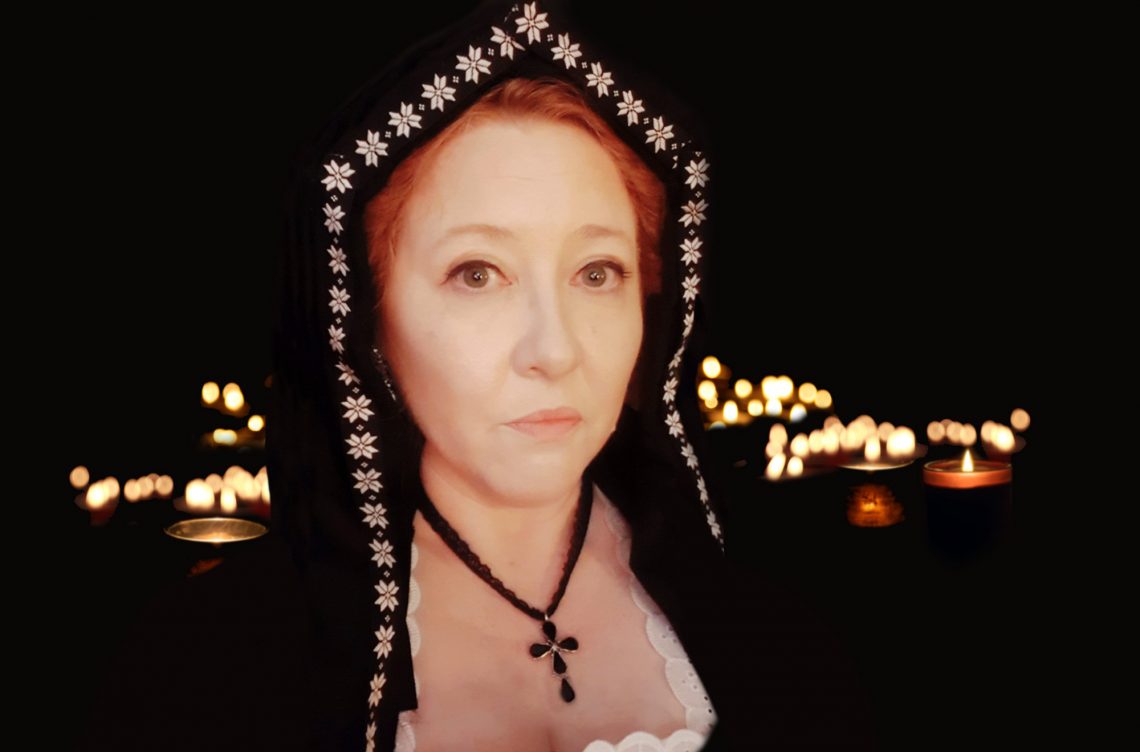 Last year was, let’s be blunt, awful for the Performing Arts industries worldwide in so many ways. Theatres, film and TV sets, cinemas, anything that required human contact, closed. So many of us were suddenly left without any work and, in many cases, also went into hard lockdowns to try and stem the spread of the virus.

But last year also brought about some amazing things. The Arts can often mean Innovation. And artists around the world began to clearly show that correlation in full. One such example (pretty much the first during the pandemic), created something that has now become an institution, and, I believe, holds an important place in performance history, which will stand the test of time.

It all began, as seems appropriate at a time when the internet is everything, with a tweet.

And it ended with award-winning full live performance recordings of all 36 plays from Shakespeare’s First Folio, performed by actors from all over the world, available for free for all time to everyone. Until this project was completed, the only other similar collection was created by the BBC in the 1970s – and that one is sadly not freely available.

I saw Rob’s above tweet, but was finishing up from producing Shorts Relief: Flicks For the Fires and recovering from exhaustion. But when I saw the call out for The Taming of The Shew the following week, I jumped at it. Cast as “Katherina”, my journey with the incredible The Show Must Go Online began – something for which I am forever grateful. It made an otherwise upsetting and difficult year a time of collaboration, joy and bonds forged that I know will form a part of my world for a very long time to come.

(You can read more about my experience playing in The Taming Of The Shrew here.)

Fast-forward to November last year. As a result of also deciding to do my own online Shakespeare project in March (Season Three of Shakespeare Republic, which I am happy to say has quite a few of my fellow TSMGO ensemble in the ranks), my time was limited through 2020, but I did manage to take on three roles for TSMGO’s amazing Offies/OnComm nominated Richard III mid-year and on November 12th, take on one of my favourite Shakespeare characters – “Queen Katherine” in Henry VIII.

I have a history with Katherine that makes her extra special to me. Apart from the fact that she’s a badass character with a heart of iron (ironically, as it turned out, as it appears she died from cancer of the heart after Henry discarded her, although at the time it was thought she’d been poisoned, as cancer was not widely known or understood in Tudor times). And apart from the fact that she was one hell of a feminist icon, who was the first female ambassador in European history, as well as a huge advocate for women’s education. And apart from when she was left in charge of the country when Henry was overseas fighting another enemy and the Scots rebelled, she raised an army, donned full armour and rode to the frontlines to inspire her troops (and her side won, which the Scots part of me is upset about, but the woman in me absolutely cheers). And apart from her being a fellow redhead (well, of course she was!).

Apart from all that, Queen Katherine’s speech in the divorce proceedings scene “Sir, I do desire you do me right and justice …” was the first Shakespeare speech I learnt in full as a young actor. And the piece that got me into drama school in London. Before that I wasn’t a Shakespeare fan at all and I had dreaded learning anything of his for my drama school auditions. But something in the pain of a woman wronged, through no fault of her own, forced to plead her case so publicly and yet with such dignity, spoke to me on such a deep level and her character, as written by Shakespeare and Fletcher, therefore never really left me.

So, when I saw that the play was coming up on the TSMGO roster, I couldn’t apply to be considered fast enough. Since becoming a Shakespeare nut, I had always wanted to play the role in a full production and seeing how TSMGO was growing in it’s technical aspects, as well as staging every week – I really wanted to play her first with this brilliant, inclusive and innovative company.

And I got my wish. I will admit, I was VERY emotional when I got the news. What can I say? 2020 sucked for a few reasons for me and this work was one of the bright sparks of my world at that time. And it’s work that I’m still proud of now, particularly playing Katherine. She’s a part of my soul and the reason I’m now doing what I do. If her speech hadn’t connected with me as a young twenty-something all those years ago (despite my being nearer the right age to play her now), I might not be living the life I now live. So I owe her so, so much.

And I owe Rob, Sarah, Matthew and Ruth a lot too for casting me as her in this production. Even more so, as it was recently announced that I (amazingly, I might add), have been nominated for “Outstanding Performance in a Principal Role (History)” in the inaugural TSMGO Groundlings Awards for playing “Queen Katherine” in this production. She is the role that keeps on giving, as it turns out. I do have to say, this is a little mind-blowing for me. I mean, have a look at the talent in the line up for these awards! (You can see the voting list here).

This nomination is shared with two of my fabulous co-players – Joyce Branagh (as Cardinal Wolsey) and Lachlan McCall (as Henry himself). Lachlan was so charming as Henry (and lovely in real life), it made it easy for myself as Katherine to still love him despite everything and Joyce made a more than worthy adversary as Wolsey. Despite us only having a few days to pull the whole thing together, the collaboration, with Joyce in particular, was just sublime.

I love the generosity of all the ensemble in this company, the need to share, dive deep into the text, delve into what is really going on with these characters. Joyce and I spent a wonderful rehearsal together on our own teasing out the strands of one scene we shared and happily spent nearly two hours making connections, discussing our characters’ relationship and history and playing the scene each time using our discoveries. Joyce is also a very accomplished director and I now live for the day to see one of her productions. You can read about one such production of Measure For Measure in 2016 (it was in an actual castle!!) in this article here – https://www.greatbritishlife.co.uk/things-to-do/joyce-branagh-directs-shakespeare-s-measure-for-measure-at-lancaster-6983428.

And working with Rob Myles as director was a joy. His attention to the text was precise and on point and his gentle prods in certain directions always welcome. His aesthetic of playing it as if we were in an indoor playhouse of the time – complete with candles everywhere in our homes as set dressing – was genius as well. My hat goes off to him for directing a Shakespeare play a week on Zoom from March to November last year – it’s a mammoth effort and it was my absolute privilege to be a part of it in my small way.

Having the extra touches of the fabulous Ben Crystal voicing the Acts and Scenes announcements throughout (he also appears on screen in several non-speaking roles along with the rest of the behind-the-scenes team in the play – in a range of amazing costumes & props. This is what I mean by the generosity of the ensemble – one minute, like Ben, they’re playing the titular role in Timon of Athens, the next they’re a silent verger in the Blackfriars divorce scene in Henry VIII), plus Adam Gibson’s wonderful music and sound effects and Emily Ingram’s deft touch with prop and costume design and all the production team’s work, on top of the fabulous cast I got to play with, made this production truly special for me and something I’ll always be grateful for and proud of being involved with.

You can see the full show here:

The love the shows get on social media from both fellow ensemble and “The Groundlings”, as our audiences came to call themselves, is also a really special element of the work. It has created such an amazing community at a time when communities feel absent, and is part of the reason why actors from the RSC, National Theatre UK, Globe Theatre, New York Shakespeare In The Park, among many others, have put their hands up to do the shows. It’s one of the reasons why I did, that I know for sure. I have found another international family through this work and that’s another thing I am so grateful to Rob for: having this idea back in March last year and then inviting all of us to come in and play in this new world he has created.

ABOVE: a sample of the tweets shared after the show

Needless to say, the desire to play “Queen Katherine” on a stage with my fellow actors has only increased since playing her for TSMGO. Maybe one day. In the meantime, I have the amazing fan art the series has inspired from the wonderous Carly Sponzo and Annable Higgins (see below) to commemorate this truly special role that was a reward all in itself, but now also comes with an acting award nomination. Pinch me, my friends, my cup filleth over.

I’m not joking about the fan art being reminders of the work with TSMGO – here is a photo of my two prints of Carly’s work inspired by The Taming Of The Shrew and Henry VIII, now hanging above my fireplace at home to prove it.

I am so grateful to everyone for the extraordinary experience of playing with this company. Even having to get up at 3am to be ready for my 4am call time (Melbourne time) is something I’d do again in a heartbeat. It was all part of a great adventure, one that I never thought I’d get in a year where the world turned upside down.

From being in their second show playing “Katharina” in The Taming of the Shrew to being in their second last show, playing “Katherine” (who referred to herself as “Katherina”, being Spanish – fun fact) in Henry VIII, it seems the character name of “Katherina” or “Katherine” is a lucky one for me – mainly because this time around it brought me into a creative family that I adore, who embraced me and my love of the work, many of whom have become friends and regular colleagues and whom I can’t wait to work with again in the future … somehow … somewhere …

To see all the amazing actors who have been nominated in the company for the 2021 Groundlings Awards, go here (I think voting is only open for a couple more hours, so apologies if this link has disappeared by the time you click):
https://docs.google.com/forms/d/e/1FAIpQLScpl0zE8_PufZKcuqYYVNAM00ouyX1aL4lgL7Ek8lIZFzmMcw/viewform

To see the full list of all the plays performed by TSMGO over 2020, go here:
https://robmyles.co.uk/theshowmustgoonline/ 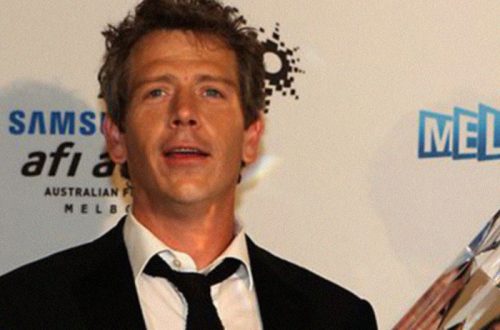 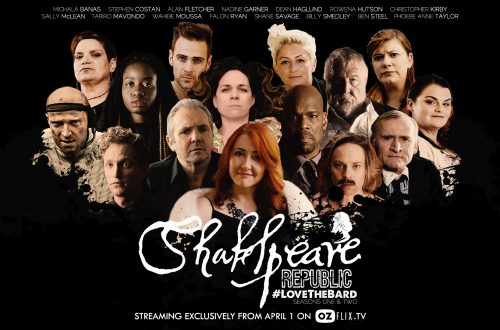 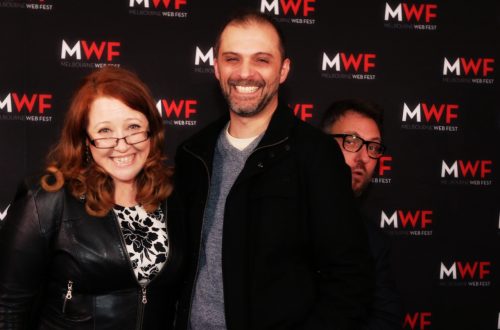